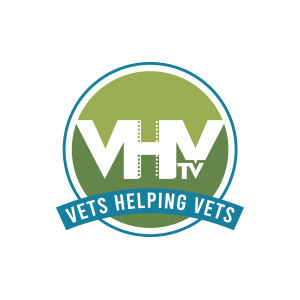 Sheryl Alexa Shaffer created Veterans Helping Veterans TV in 1996 as an out reach to veterans in San Mateo County while she was working as an EDD Local Veterans Employment Representative, L.V.E.R.

VHVtv is filmed in the HD studio at the MidPeninsula Media Center in Palo Alto and Sheryl is a Volunteer Community Producer.
Since 2016, we are producing VHVtv episodes in the Mid Peninsula Media Center’s state of the art HD studio and during the past few years, have had many guest hosts. All MC studio produced HD content is on this website.

VHVtv is now produced using video conference app, digital photos and B roll. When we are able to film on location, we prefer to film using iPhone 13 Pro.

VHVtv has gone through many changes since we began and none as dramatic as 2020 with the Covid 19 pandemic. The Media Center in Palo Alto has been closed since March 13, 2020. Starting June 2020, all videos are being created virtually with VHVtv Co-Producer Richard Gonzales. 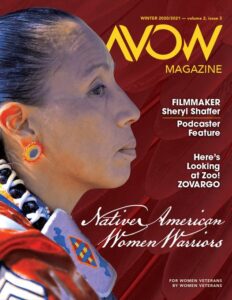 She retired from the E.D.D. in 2004 with 25 years of Civil Service. She attended college on the G.I. Bill and graduated from San Francisco State University, SFSU, 1974 with a BA degree in Theatre Arts. In 1997, she graduated with her second BA degree from Cal. State University Northridge, CSUN, with a degree in Radio, TV and Film.

Sheryl is a Community Producer at the MidPeninsula Media Center in Palo Alto, CA and has won several Western Access Video Excellence, the WAVE awards for community educational access TV, for VHVtv episodes: “The Rosie Legacy” 2019, “Veteran Advocates” 2018, Vetsin Tech 2017 and What is TBI? 2015.
She is a member of the Veterans in Media & Entertainment, the VME Connect and a member of the American Legion Post 43 Hollywood. 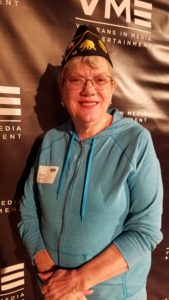 Sheryl is a Vietnam Era Veteran and served as a Personnel Specialist in the Women’s Army Corps.

She served in the Women’s Army Corps from 1968 to 1971 and is a Vietnam Era Veteran and a Life Member of the Vietnam Veterans of America Steve Warren Chapter 464 of Redwood City, CA and AMVETS Post 34, San Francisco.

She was trained as a Personnel Specialist and received an Honorable Discharge at the rank of E-5, a SP/5. 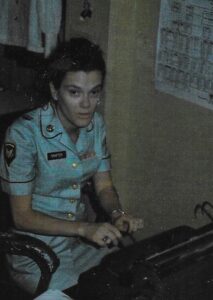 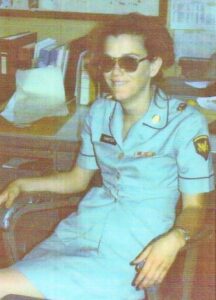 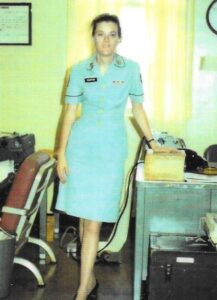 After Sheryl was discharged from the U.S. Army, she went looking for a part time job, while attending college on the G.I. Bill, and went to her local EDD Field Office in South San Francisco and was recruited by the CA Employment Development Department and retired as an Employment Development Department Job Service Local Veterans Employment Representative (LVER) in 2004 with 25 years Civil Service and worked in San Mateo County. 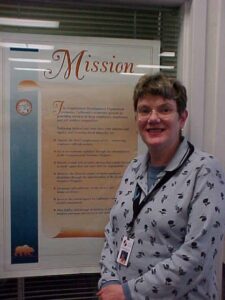 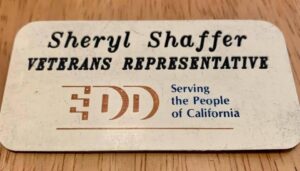 Here is my military story. PSA “I Am A Veteran.” 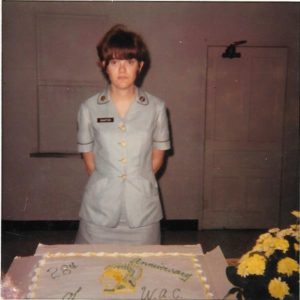