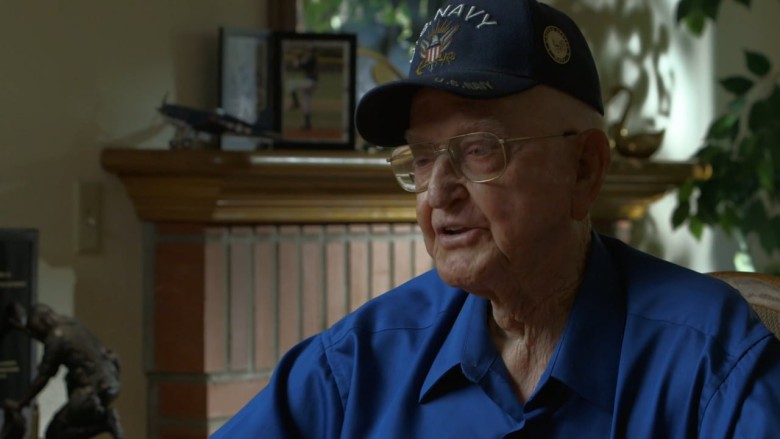 A few years ago, I met Bill Harrison through the Nazarene Church in Hemet, CA. Members of the Shepherd’s House introduced me to Mr. Harrison. He lived his life in service to God.
Mr. Harrison passed away, August 7, 2018 and was 96 years old.
Mr. Harrison, with Forest Haggerty, co-wrote a book, “6 Days On A Raft.” 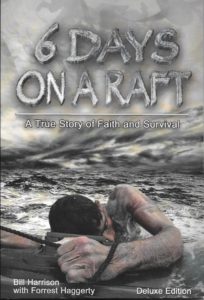 Tim Lowry of Desert Rock Entertainment is producing and directing a film based on this book.

The VECSM, the Veterans Employment Committee of San Mateo, partnered with 3 Veterans Media, Inc., a San Francisco base production company, to tell the extraordinary story of Bill Harrison, a 93 year old World War 2 U.S. Navy Veteran of how he and his shipmates survived out in the ocean with no food or water.
Here is “The Bill Harrison Story” on Amazon Prime.
https://www.amazon.com/Bill-Harrison-Story/dp/B01N9SF3FO

On October 2, 2014, we began filming a half hour documentary at Mr. Harrison’s home in Hemet, CA.
He was an inspiration to everyone who met him and heard his story.. 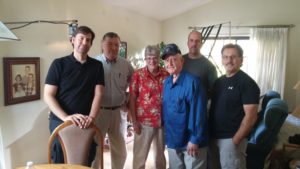 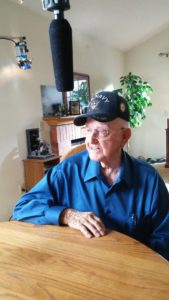 Sheryl Shaffer served in the Women's Army Corps from 1968 to 1971. She is retired from the CA Employment Development Department as a VetRep. She produces Veterans Helping Veterans TV at the Media Center in Palo Alto, CA. 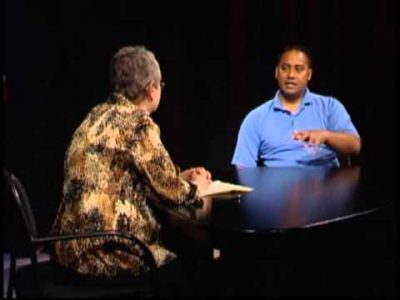 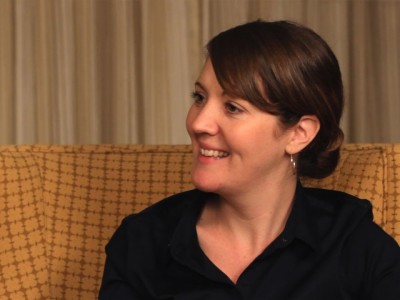 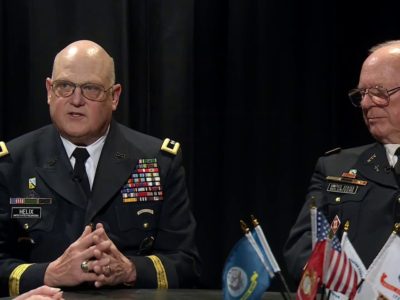 U. S. Volunteers-America
VHVtv returned to the MidPeninsula Media Center in Palo Alto on Tuesday, January 16, 2018.…